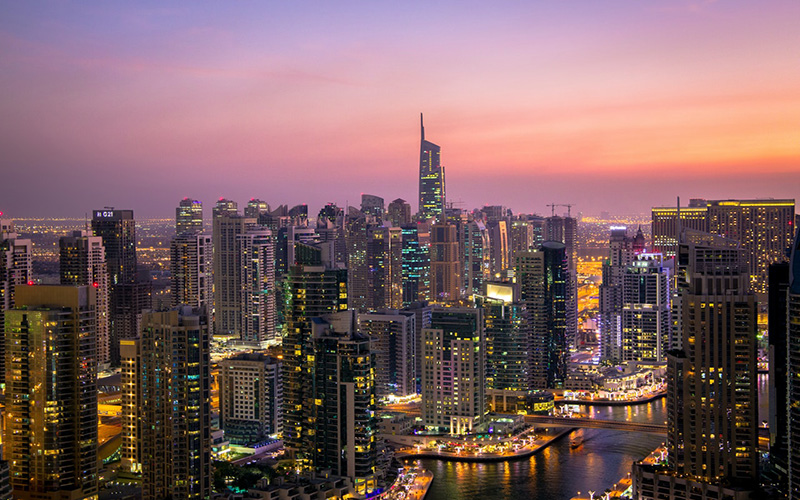 We have all seen the incredible landscape of Dubai: the towering, futuristic buildings in the sky and the crystal blue oceans that flow into the picturesque sandy beaches. One word comes to mind when picturing this utopian city, only one word can aptly describe what it takes to live there: wealth, and copious amounts of it. Indeed, as the business and cultural center of the United Arab Emirates, Dubai is home to some of the wealthiest businesses and companies in the world. For a city with a population of only 3 million people, it is astounding to see that of that small population, nearly 100,000 of them are millionaires and 30 are billionaires. In all the UAE is the third wealthiest country in the world trailing only Luxembourg and Qatar on that list.

If the first thing you think of when imagining wealth in this area of the world is oil, you are not wrong, but it is not the full story either. You will probably be surprised to know that Dubai only discovered oil in 1966, so in the grand scheme of things, it is a relatively new discovery. So how did Dubai become so wealthy? Like any good long term investor, Dubai diversified its portfolio and created multiple, long-lasting revenue streams that afforded it the luxury that we see today. From the 1770s onwards, the area’s biggest industry was pearls, not oil.

When the search for oil reached its fever point in the 1950s, many people left the UAE for rival nation Abu Dhabi. But Dubai leader Sheikh bin Saeed Al Maktoum had a vision for the country and despite not being able to find any oil, he doubled down on his focus and borrowed billions of dollars to build the country’s first airport. When oil was finally discovered in 1966, Dubai’s tourism sector was already off and running, so the oil revenues were icing on the proverbial cake.

In 1985, Dubai established free zones for businesses to operate in so that they could receive tax breaks, custom duties, and even loose restrictions on foreign owners. The foundation for the incredible financial center it is today was established over time as the country’s leadership diversified its assets and re-invested into its own infrastructure.

In 2000, Dubai established its own stock index called the Dubai Financial Market. The DFM operates like any other major index in the world stock market and provides locals and international investors a chance to invest in some of the amazing companies that are only available in Dubai. As of 2014, there were 67 different companies listed on the exchange with an estimated total market cap of just under $100 billion U.S. As an index, the DFM has steadily increased since its inception and acts as an indicator of the health of the economy in the region.

As with all major indices, the DFM was affected by global events such as the recession of the late 2000s and the current novel coronavirus pandemic. Still, companies on the DFM have enjoyed prosperity over the years and are a proven market to invest in. When you look at Dubai and all of the incredible buildings and companies that thrive in that city, there may be no better way to enjoy the wealth and success of the region, than investing in the companies that have built the city, quite literally, from the ground up.

Here at Capital Associates, we provide expert international wealth management services. Find out more and contact us to discuss your portfolio. Click here